The 1971 Australian film Walkabout challenges the superiority of modern civilisation over the environment (the nature), the other civilisations, as well as the other living species.

To begin with, the main characters of Walkabout are placed in an antagonistic position against the environment. In the exposition, plenty of extreme long shots and loose framing are employed to capture the “walkabout” of the siblings. They seem to dissolve and become unrecognisable in the Australian outback, emphasizing the insignificance and helplessness of civilized humans in facing the harsh, unforgiving nature. Besides, the film challenges the superiority of western modernity over the other civilisations by suggesting some universal characteristics of mankind, e.g. killing for survival. At first, audience may be disgusted by gruesome scenes in which the aboriginal boy killing wild animal for food. Yet, the film brilliantly superimposes and intercuts the dismantling of kangaroo by the boy with shots of butcher wrapping up kangaroo meat for his customers. The juxtaposition of “civilized” and “uncivilized” killing for food force “modern” viewers to reflect the definition of being “civilized”. Moreover, contrasting with the relatively “mild” killing by the aboriginal boy, the unconventional pauses in the scene when the white men shooting buffalos exemplifies that “civilized” men can sometimes be even more “violent” than the “uncivilized” (“Time-stopping”/ shocking the nature). To live is to kill. Lastly, the film prompts us question human’s superiority over other living species. The film often juxtaposes scenes of animals devouring another animals with the hunting scenes of humans to accentuate the “animalistic” side of humanity. Also, in the abandoned house scene, the film captures the interaction between the white girl and the aboriginal boy from a bird eye perspective as well as with the extensive use of frames within frame.  It allows the audience to observe the protagonists as though they are mere animals being held captive in the cages of “frames” and reflect on the primitive animalistic nature of humans (sexuality).

This site uses Akismet to reduce spam. Learn how your comment data is processed.

The SHE of Dust Talks… 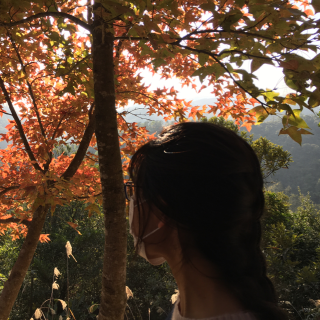